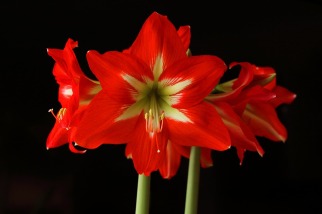 Recently, I received a smack-down from a Brand Name Poet (who evaluated a packet of my poems for a fee) because one of the poems I’d given her was a narrative ghazal—that’s right, in other words, I’d employed the ghazal form to tell a story—and I was told “no way, you can’t do it, it’s wrong.”  It was, I thought, a harsh rebuke—I mean, calling a poem “wrong”?  Just because I had used the spirit of a form to organize the poem?  What if I had replaced the word “Poem” instead of “Ghazal” in the title, I wondered?  Would that have made the other poet happier?

I know what a traditional ghazal looks like.  I’ve written (and published) them before.   I’m a firm believer in the adage, “Follow writing rules until you have enough maturity and experience to break them.”  Because sometimes playing with a form is a good thing—it shows that form can be flexible.  Form is like a corset—it restricts the shape of a poem, but there should always be breathing room.

Result:  “Ghazal for My Father,” published a few days ago in Amaryllis.  I hope you like it.