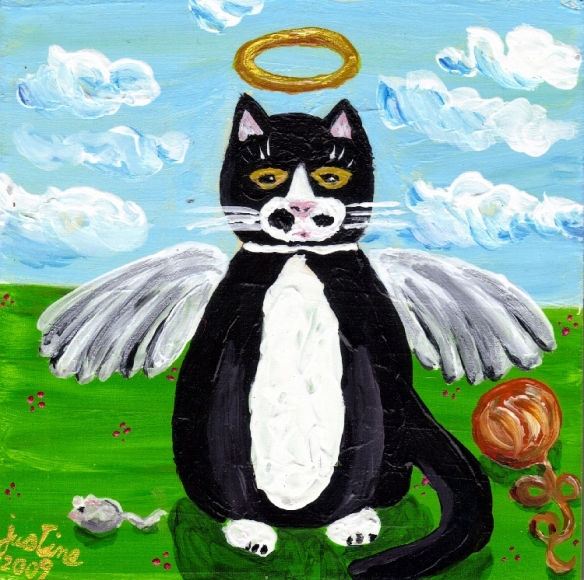 I painted that for Chris.  It is not, what you’d call, a “good likeness.” (Of NuNu, that is, not Chris.  If it were a painting of Chris, it would be horrid.  Being as he’s a husband, not a tuxedo cat.) 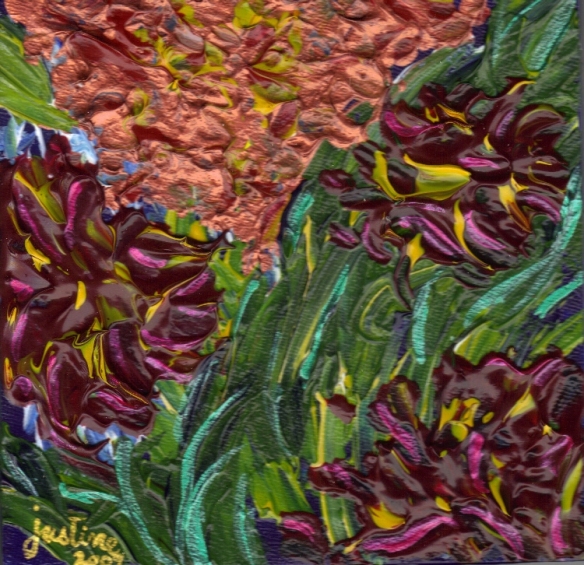 Named Poppies in honor of The Wizard of Oz, this one I painted for Lisa Verigin, since we both like musicals.  But she doesn’t know I made this for her (yet).  The scan is kind of blurred, and I think that’s because the paint has a lot of texture (this thing took forever to dry). 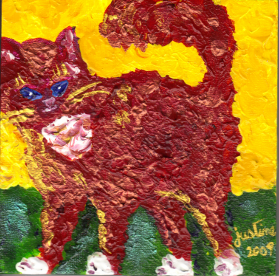 Chris compressed the file for me, so the picture was smaller. This one too has a lot of texture, so the image isn’t as clear as it could be.  I’m not sure who I’ll give this to.  Probably depends on if anyone wants it!

I was thinking I would maybe give it to Suzan Manuel, a friend from my first day in graduate school at Nazi State University.  She likes cats.  Even hideous ones.

You see, way back in March I had promised that I would “make something” for Suzan, Lisa, Chris, my sister Kirsten, and my FB friend Greg Butterfield.  So, these pictures are the result (although I don’t have anything yet for Greg).

Here’s the last one: 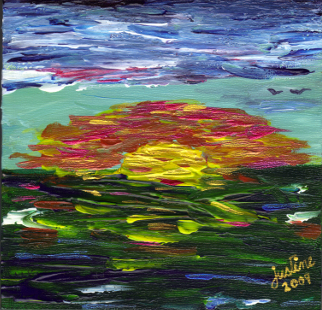 This was the first painting I experimented with “liquid metal,” a kind of acrylic paint that is very beautiful, but doesn’t mix too well.  It has more of the consistency of tempera than acrylic, and it comes in a little pot, not a tube, which is inconvenient.  But I liked the effect, and I employed some of this liquid metal in the other pictures I’ve scanned (as well as some others that are drying).

3 thoughts on “About My Painting, I Guess You Could Say I’m a Decent Poet”